Amazing Junk Yards in the World 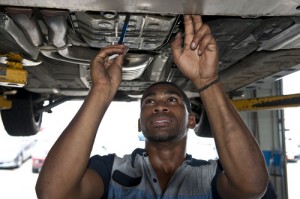 Most of the dumps in the country serve one purpose: they are there to collect the items no longer needed by the population. The landfills collect the items until they are at capacity. At that point everything is covered, and the collection point is changed. As one of the best junk yards in Florida, however, we want you to know that some locations for collecting trash have created something really special. Here at U Pull & Save we have some favorites.

It should come as no surprise that Russia has seen its fair share of war. After the major fighting of WWII was over, the country had a surplus of broken down vehicles that the government did not deem worthy of repairing or restoring. Instead, many of them were sent to this so-called graveyard in Jalopnik, Russia. This is a history buff’s dream come true as the weather has preserved many of these pieces in near-pristine condition.

This is located in Tuscon, Arizona, and is known for two main things:

Its collection of military and airline planes

Its creative designs made with said pieces

Basically, the owners have spent years creating beautiful shapes and designs with their large pieces. Walking through it is a lot of fun, but nothing beats the aerial view. Surprisingly, this is one of the biggest tourist destinations in the area. Or maybe it’s not so surprising, as this is definitely a one-of-a-kind attraction.

If you know of a car fanatic, then this might be something that goes on the life bucket list. In order to reach the pinnacle of vehicle design, this luxury company goes through many different designs and prototypes. Well, all of those discarded prototypes have to go somewhere, and that is why this incredible location was created. There are designs in this space that have not been seen by anyone outside of the design circle and the few people who know it exists.