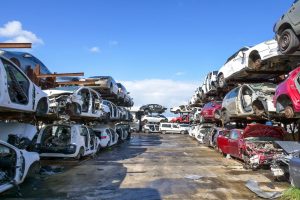 Car repairs can be expensive and inconvenient, especially if they come when you least expect them and are unable to budget for them. That’s why many people look to reduce the cost when things go awry by turning to salvage yard auto parts to make the needed repairs to their cars. At a self-service salvage yard in Florida, you can find quality parts with lots of life left in them for a fraction of the price that it would cost to buy new ones.

Though pulling used parts from salvage yards is a popular practice among those who prefer a do-it-yourself approach to auto repair, there are many misconceptions surrounding the practice. That leads many to neglect junk cars as a legitimate parts source. However, as is often the case, those myths can be thoroughly debunked with a little factual information. Keep reading below to learn about some of the common misconceptions regarding junk cars and used parts and how you can overcome them with facts.

Many people believe that salvage cars only feature vehicles that were wrecked and totaled. However, that’s not the case, as there are plenty of other reasons that inoperable automobiles may end up as junk cars in a salvage yard. For example, if a car had a catastrophic failure that required a major overhaul, such as a transmission rebuild, the owner of the car may have decided that the cost of the repair was unreasonable in the context of the age, mileage, or condition of the vehicle. Under those circumstances, the owner may elect to simply junk the car instead of attempting a costly repair. There may be hundreds of other usable parts on the vehicle that are still in good working order, which makes it a gold mine for anyone looking for used auto parts.

Myth 2: You Can’t Pull Parts from a Totaled Car

Many people believe that when a car is totaled, that means it’s totally destroyed. In that case, one may assume there are few if any, salvageable auto parts left on the vehicle. Again, that’s a flawed belief on several levels. Totaling a car has little to do with the amount of damage it has sustained. It’s a term used in insurance circles to describe what happens to an insured vehicle when the cost of repair for damages approaches or exceeds the value of the vehicle. In theory, an older model car with a badly dented fender could qualify as a totaled car since the expense could exceed the value of the car. There are plenty of salvageable parts left on a totaled car, and the salvage yards are full of them.

Just because a car isn’t coveted on the new or used car market doesn’t mean that a salvage yard near you doesn’t want it. People who seek salvaged auto parts drive all kinds of vehicles, which means they need salvaged vehicles of all sorts to find the parts they need. Therefore, most salvage yards don’t discriminate when it comes to acquiring junk vehicles. They need a diverse inventory of junked vehicles to meet the varied demands of their customers. It doesn’t matter how old the car is or what condition it may be in. Even if the salvage yard doesn’t make money from selling its parts, the car can be sold for scrap. If you have a junk car of any kind, there’s a good chance that a salvage yard near you not only wants it but will remove it from your property and pay you for it.

There are many myths surrounding the junk cars that you find in wrecker yards in Florida, but they can easily be debunked with facts about the business. Most salvage yards will take any make or model of car, and they’ll use it to supply quality used auto parts to their customers in need. To learn more about debunking the many myths surrounding junk cars and salvaged auto parts, contact U Pull N Save at (239) 337-7300.