Things You Need to Furnish to Sell Your Junk Car

No matter how well you care for it or how much you don’t care about driving an old car around the street, there will come a time when it stops working. Sending it back again and again to a repair shop isn’t a smart move. When fixing your clunker ends up costing you more than paying for a new vehicle, it’s time to get rid of it. 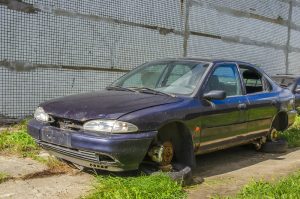 You can do that at a salvage yard that takes in unwanted, used, or extensively damaged vehicles of any make or model, whether they still run or not. They’ll be carefully dismantled and prepared for the landfill so that any reusable parts don’t go to waste and toxic materials are disposed of. This makes this the environmentally-friendly disposal method. On top of that, you’ll receive cash for the cars that you leave.

But, before you sell your junk car, you need to prepare it. For this task, the first thing you should do is to remove all of your belongings and accessories that you want to keep. When that’s done, it’s time to move on to the next step, which is to gather basic pieces of information and documents for the car to facilitate the transfer of ownership.

The Car’s Make, Model, and Year

These three terms are used to accurately describe and identify a specific unit. “Make” refers to the automaker or the company that’s responsible for manufacturing and releasing the vehicle. “Model” is the car’s specific type, such as Camry, Silverado, Mustang, Pacifica, and A6 Allroad. Because they’re typically modified as time goes by, it’s crucial to take note of the year your auto was produced.

All three details will determine how much you’ll get from the salvage yard. Usually, a much higher rate is given to a fairly new unit, while an older one that was released from, say, the ’90s, is typically valued as scrap.

The details above aren’t the only factors that influence a junk auto’s value. It’ll also be based on its location, or how close it is to a salvage yard and how much scrap metal costs in that area. Its popularity in the region may also affect the car’s price, with some establishments offering a larger amount for a model that’s highly sought-after.

Then there’s also a matter of how bad the unit’s sustained damages are. If it’s completely covered in rust, then expect something a bit lower. Another factor that’s taken into consideration is the current price of scrap across the country. To get a good estimate of your auto’s value, you can look it up on the National Automobile Dealers Association or the Kelley Blue Book. Write down the yielded figure on a piece of paper and bring it with you to the yard, so you’ll be able to negotiate.

Now that you’ve got an idea of your used unit’s value, you may proceed with getting some paperwork done. One of the most crucial documents to have on hand is the vehicle’s title, which can be obtained from your local Department of Motor Vehicles (DMV) branch. If you already have one, then there’s no need to visit the DMV. Have it signed over to the yard to make the auto’s transfer from you to their establishment official.

Get in touch with U Pull N Save for the best deals of cash for cars in Florida. They’re the premium buyer of unwanted autos in the area, so you’ll make the most out of the transaction.