Tips to Upsell Your Junk Car

Selling a junk car isn’t easy. You know from the beginning that you have a product that very few people will be interested in. How do you drum up interest in a car that you know is, for all intents and purposes, a complete piece of junk? While many sellers are tempted to gloss over the car’s issues, this dishonest approach is not the way to go. Instead, keep reading to get tips on upselling your junker and getting more cash for old cars in Fort Myers, FL. 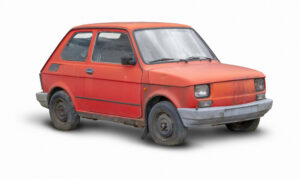 It’s All About Perspective

When selling something like a beat-up old car, remember that finding the right buyer is all about perspective. Someone who’s looking for a commuter car likely won’t want something that isn’t reliable. Instead, you’ll want to target car enthusiasts who are looking for something that they can work on and turn into a drivable vehicle. So, don’t refer to your car as a junker or junk car in your listing. Instead, call it a “project car.”

This term is a common one used among hobbyists that are looking for a car they can work on in their spare time. Making sure to include it in your listing will help make sure that the right buyers find it. While you shouldn’t try to hide any of the faults in your vehicle, focusing on the fact that this car is a “project,” rather than calling it a “junker,” can put a silver lining on it and help potential buyers focus on the car’s potential instead of its shortcomings.

As we stated momentarily, you shouldn’t try to hide your car’s faults. In fact, if you want to get the most for your car, you’re far better off just listing the car’s issues upfront rather than trying to conceal them. If someone’s interested in your listing and they come to see the car only to notice a laundry list of problems, they’ll likely feel like your ad misled them. However, if you list the problems upfront, anyone who comes to see the car will be doing so with a full understanding of how much work the car needs.

List out the car’s flaws in your ad so that the hobbyists you’re trying to target will know how much it will cost to fix this car. This allows them to establish a budget and can help you get your asking price for the car. On the other hand, if you attempt to conceal the car’s many problems in the ad, they might assume that there are even more issues with the car than they can detect in person. This will likely cause them to offer you even less money for the car than you’d hoped for. In the end, honesty is the best policy.

This kind of goes hand in hand with the tip above; showing photos of the car can help give potential buyers a clearer idea of the car’s condition. If your ad simply says, “Some rusting,” a buyer won’t know just how extensive that rust problem is, and they may not bother taking a chance on your ad. However, if you put up photos, they can clearly see whether or not the rusting is extensive enough to deter them, and if it’s not, you’ll be more likely to get that contact from a potential buyer.

At the very least, you should include photos of the front, rear, and both sides of the vehicle. Ideally, you should also take clear photos of any major issues or damage to the vehicle. This is all in the interest of being open and honest about the car’s condition so that you can find a buyer who’s willing to take on a project car.

If you’ve done any recent repairs or other work on the vehicle you’re selling, be sure to list this in your ad as well. For example, knowing that the car’s AC unit is only a few years old can be a big selling point to a potential buyer despite the vehicle being a couple of decades old. Even if they’re looking to take on a project car, they can feel confident that that is at least one area of the vehicle that likely won’t need repairs any time soon.

Even junk cars can look more appealing if a buyer sees that you’ve put some work into them. They might be more willing to invest some time and cash into fixing up a car that’s already gotten some attention from the previous owner. 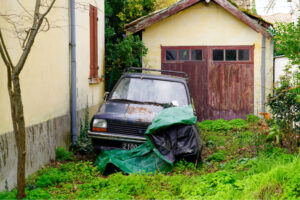 Consider Selling to a Scrapyard

If you’ve listed your car to try to find a private seller and haven’t had any interest, despite following the tips we’ve outlined above, your best option might be to sell it to a scrapyard. Oftentimes, a junk car can be worth more when selling for scrap than it’s worth on the open market. While a private buyer may not be willing to spend several hundred dollars on something that will cost thousands to fix up, scrap yards are willing to give you cash in hand so that they can resell your car’s usable parts and the metal that makes up its frame.

Give us a call now to get a free quote on your junk car! If selling your junk car privately isn’t working, reach out to U Pull & Save today. We’ll provide you with a no-obligation quote directly over the phone. Oddly, you’ll be surprised by just how much your junk car is worth to our salvage yard. If the offer we give you is the most you think you can reasonably get for your car, we’ll send a tow truck to you and haul it away free of charge. We always pay cash for cars in Fort Myers, FL, so we’ll leave you with money in hand and get that junk car off your property the same day.